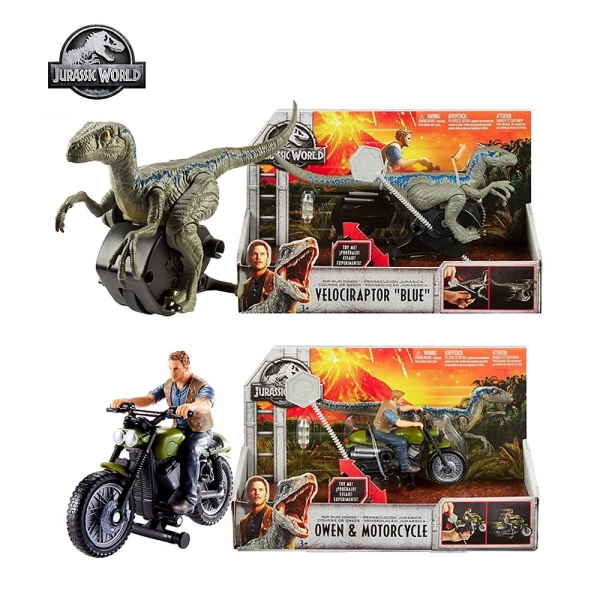 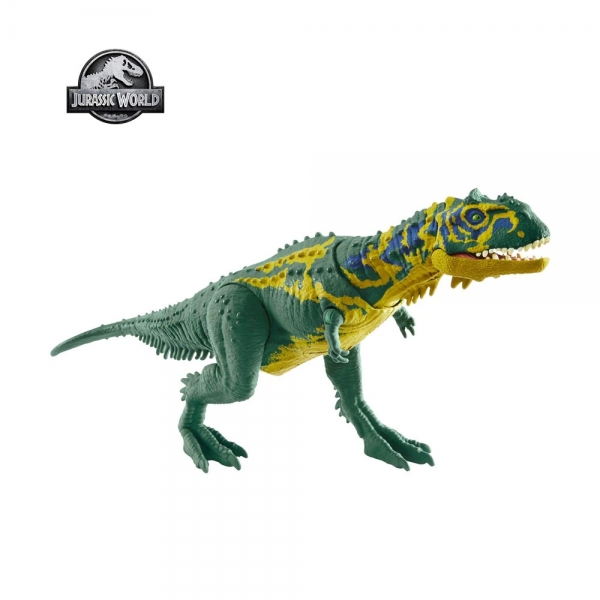 Waves tail up and down, side to side and around for head movements, body twists, and impressive swooping action (activate all movements at once for total figure control).

Makes the perfect gift for ages 4 and up, especially fans of the Jurassic world and those who love dinosaurs and action play

Download the Jurassic World Facts app (Android and iOS) for more dinosaur fun. The app lets you scan your dinosaur and see it come to life, zoom in on dinosaurs up close, hear dinosaur roars, learn fun dinosaur facts, and much more.

Be a part of the adventure with the Epic Roarin’ Tyrannosaurus Rex inspired by the Jurassic World animated series, Camp Cretaceous! This larger-scale dinosaur action figure features “Primal Attack” which enables kids to control the battle play with awesome battle moves. Move the tail up and down, side to side and around for head movements, body twists and an awesome chomping action (activate all moves at once for total animated control of the figure). Push and hold the button on the tail for the ultimate epic ROAR and realistic shaking! The dinosaur action figure also features authentic sculpting, movable joints, authentic color and realistic texture. Recreate all the epic battle-action scenes with this Epic Roarin’ Tyrannosaurus Rex—but watch out—this Tyrannosaurus Rex has a huge ROAR and even bigger BITE! Makes a great gift for ages 4 years old and up especially fans of Jurassic World, dinosaurs and action play! Colors and decorations may vary. For more dinosaur fun, download the Jurassic World Facts app (Android and iOS) to scan and watch your dinosaur come to life, zoom in on dinosaurs up close, hear dinosaur roars, learn fun dinosaur facts and more! ​ 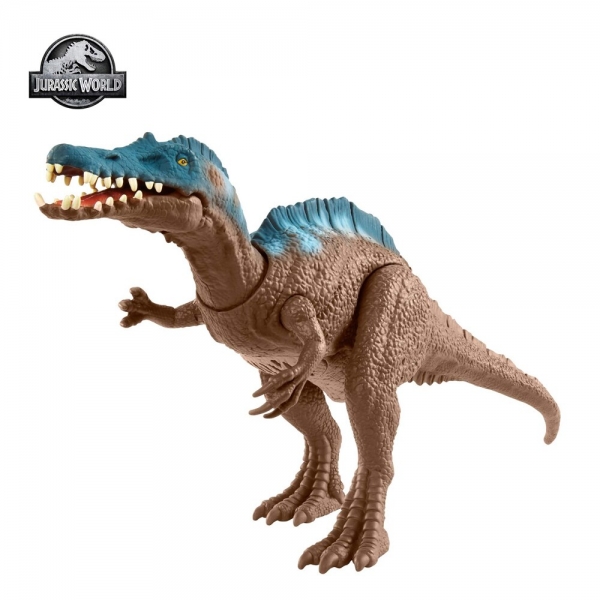 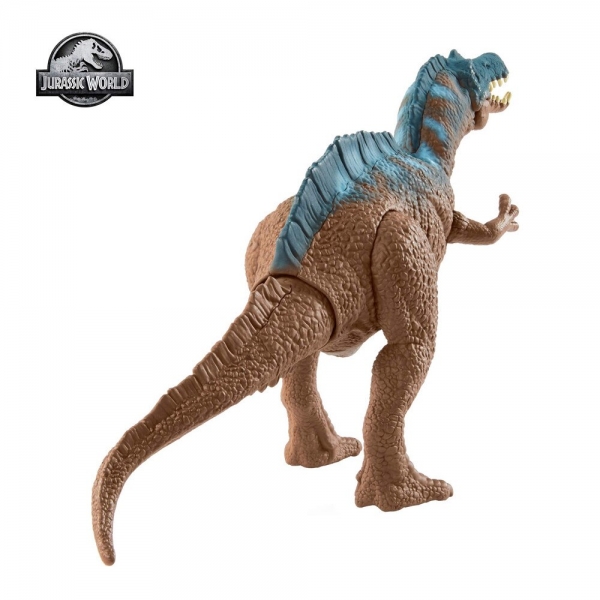 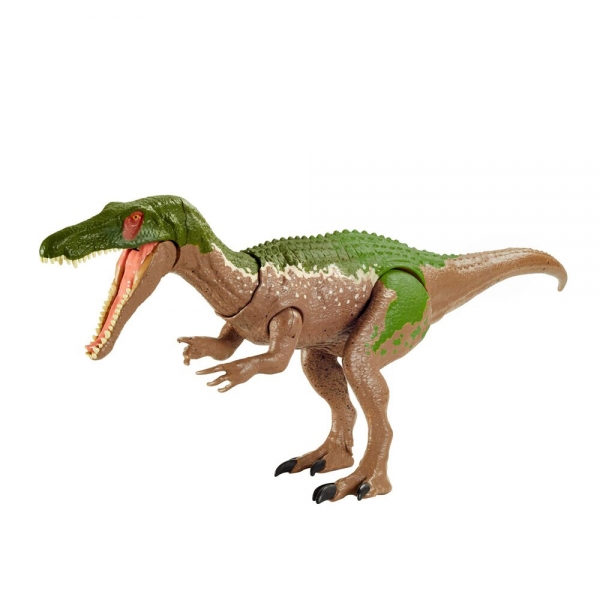 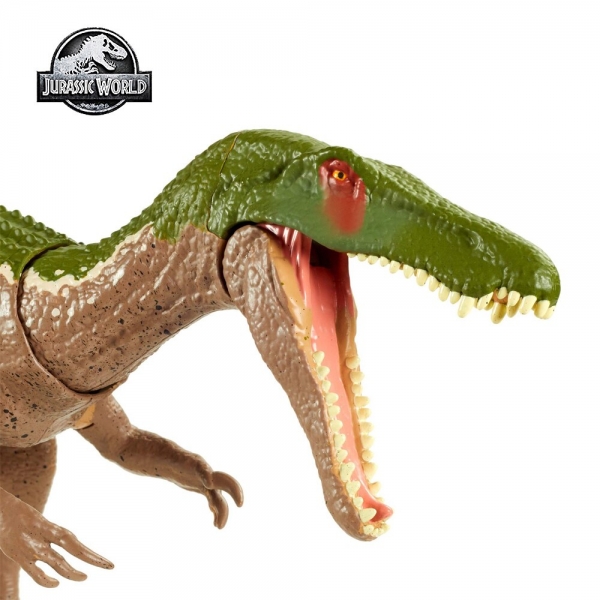 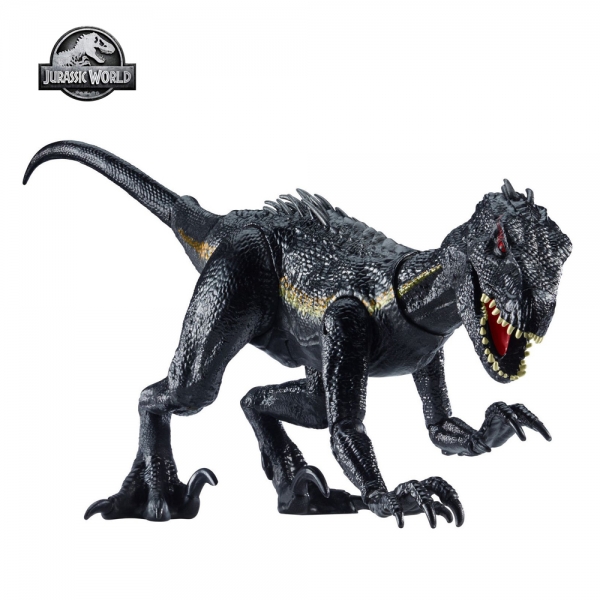 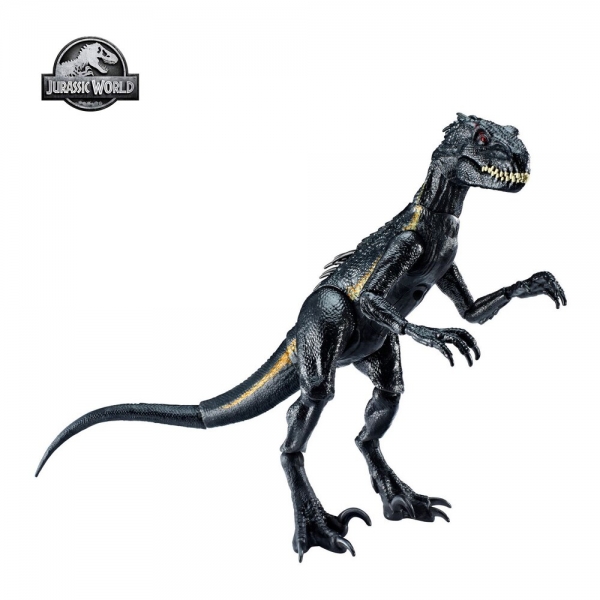 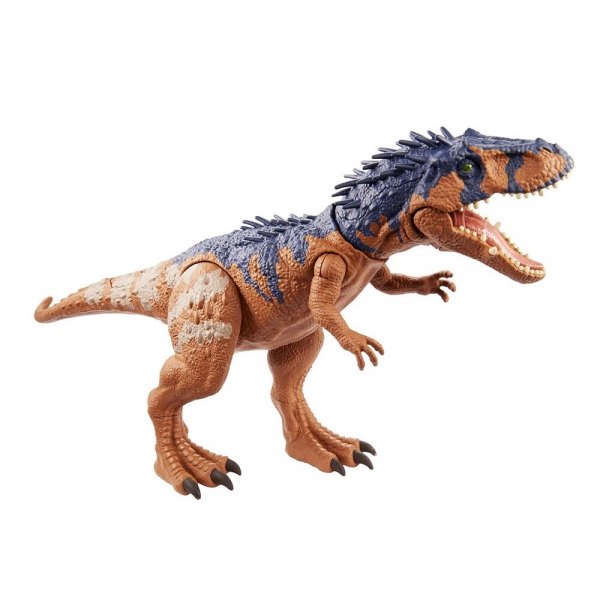 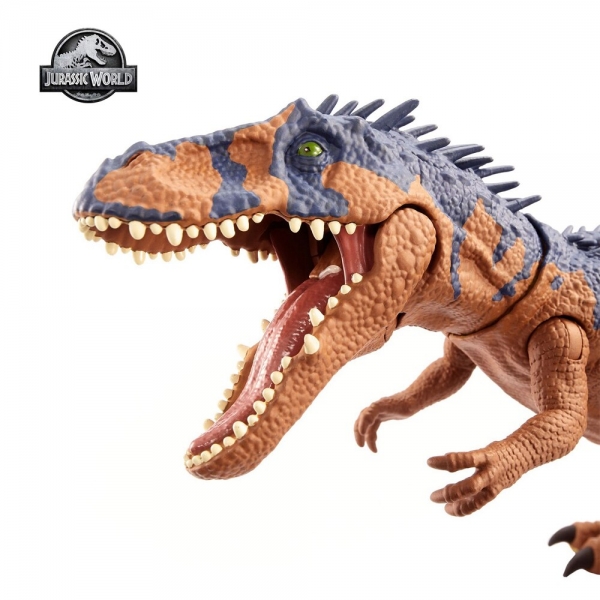 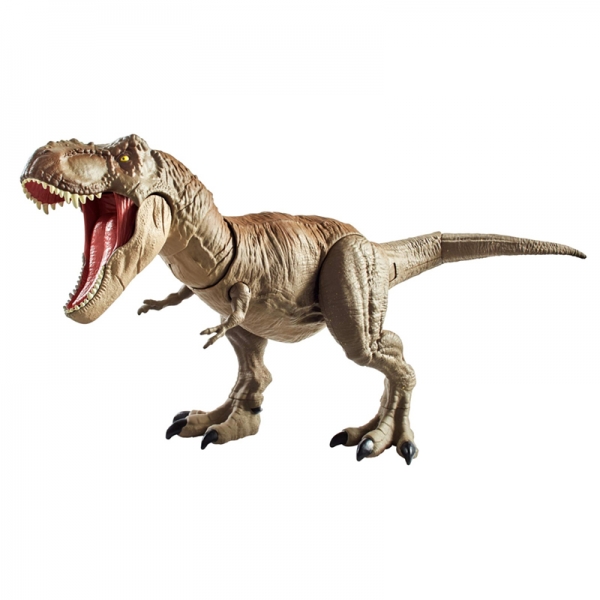 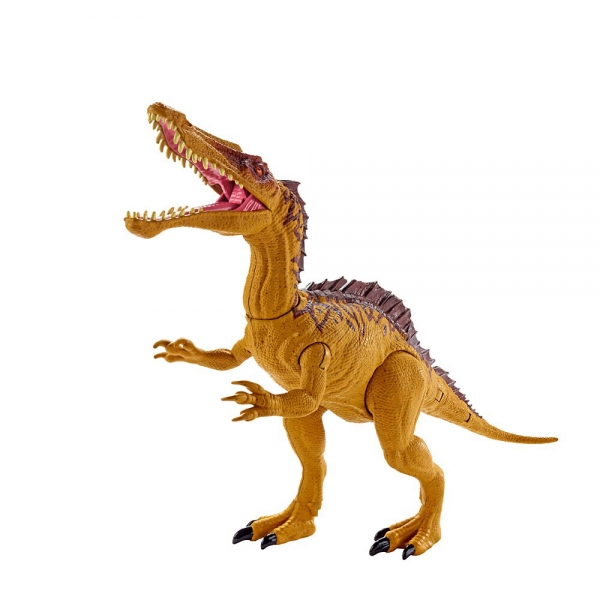 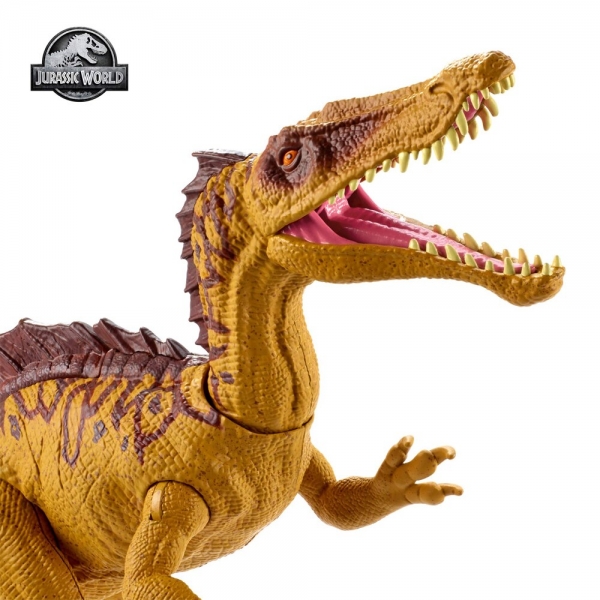 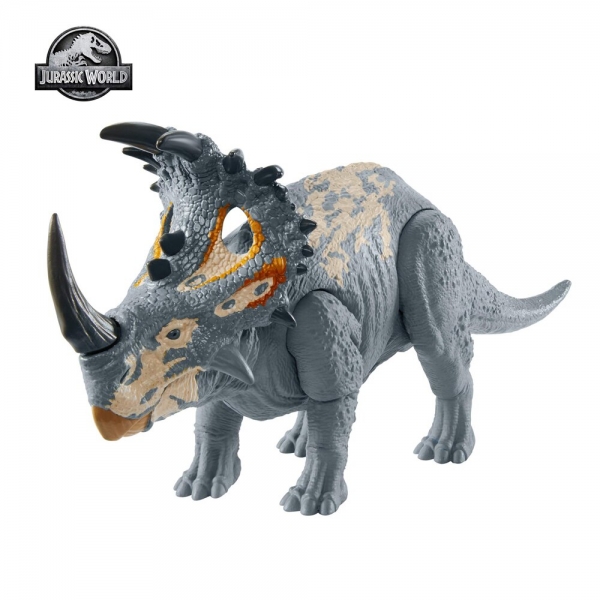 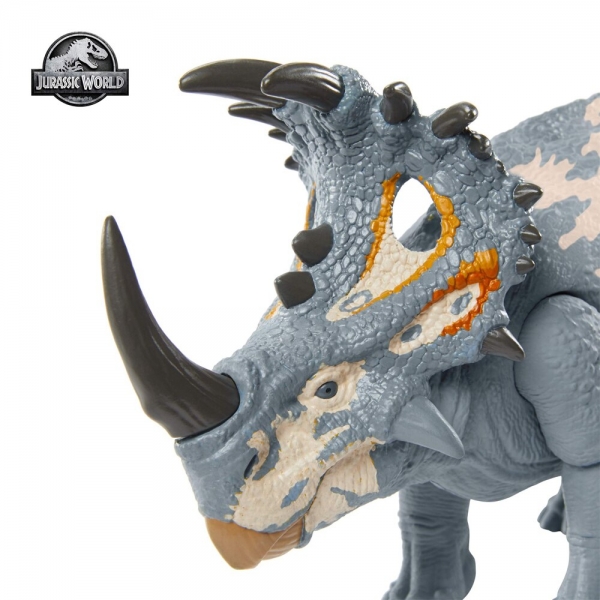 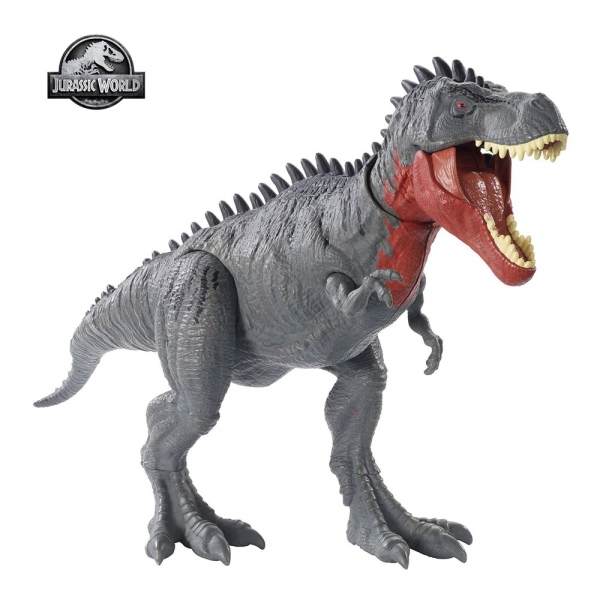 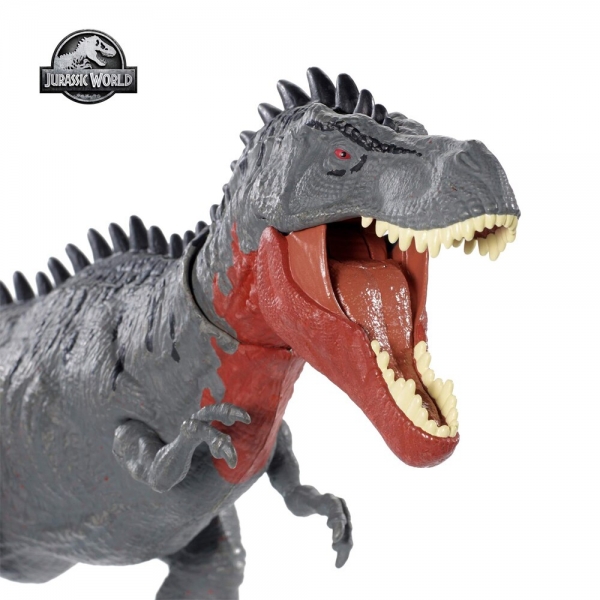